for musicians and producers

iConvolver is an app for conveniently utilizing convolution reverb on an iOS device.

As iConvolver comes with several Impulse Response files included, you can immediately test out those sounds.

iConvolver by its nature requires a relatively heavy CPU load. Devices with 64 bit CPU recommended. iPhone 6 and above, iPad Air 2 and above are especially recommended. By increasing the audio buffer size, and shortening the utilized IR, the memory load can be lessened.

M/S Proc is a tool for M/S Processing that enables Mid/Side level adjustments and EQ.

[What is M/S Processing?]

While standard audio processing is done through the Left and Right(L、R) channels, M/S processing divides elements into those at the center(Mid) and those on the left or right(Side). For example, it allows you to adjust the effect of the centrally located vocals or make nuanced changes to the width of the mix.

In addition, tracks with sound pressure levels raised to the maximum in stereo processing can often be found to have additional headroom in the Sides when separated into M/S elements. This means you can increase the sound pressure just by enhancing the Sides.

Although M/S processing is most often used for mastering, in principle by lowering the Mid you can apply a "center cancel." In this way you can prepare tracks for karaoke or "learning by ear."

We also recommend sending your file to mimiCopy, our "learning by ear" music player app. 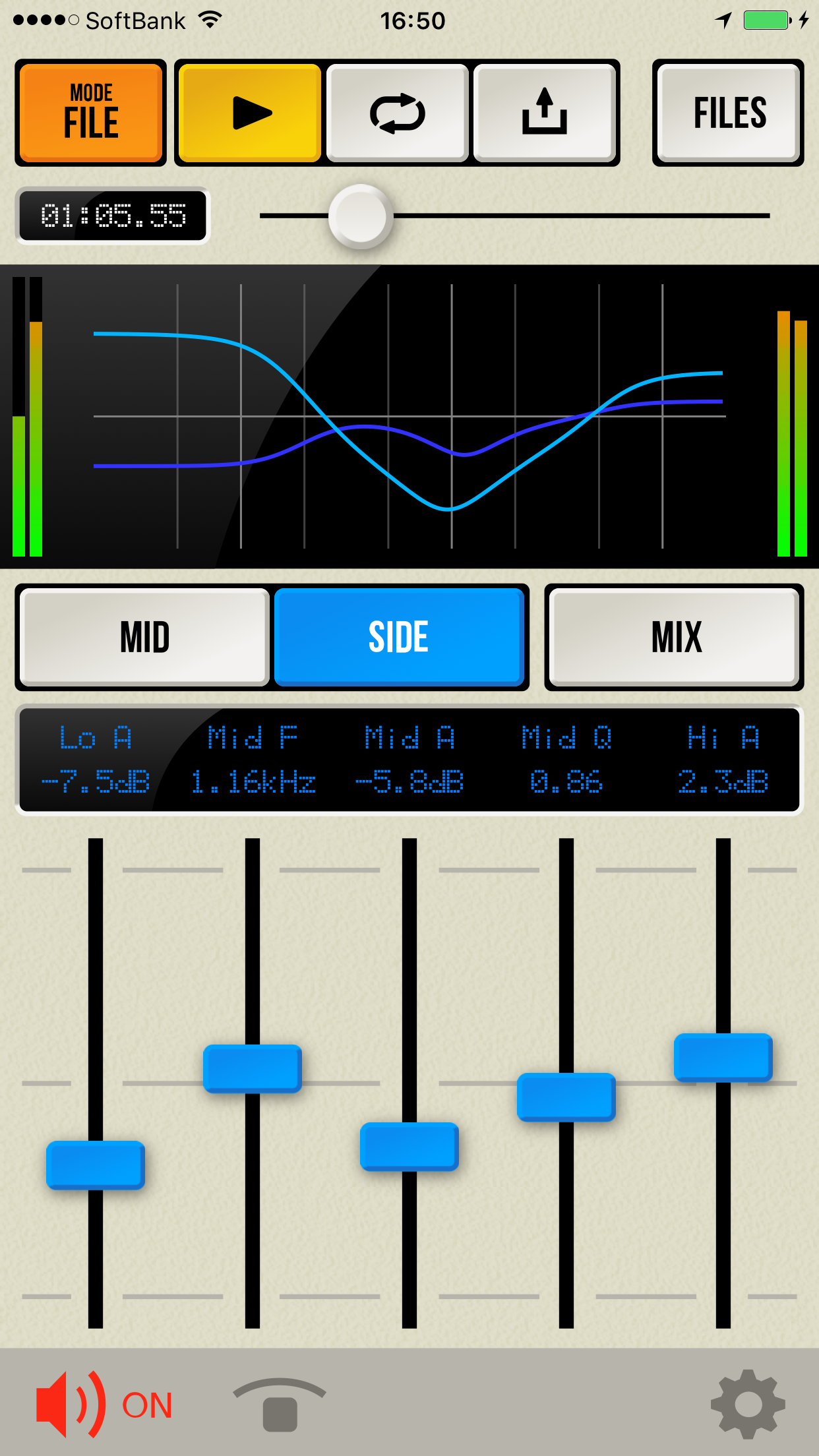 mimiCopy
A music player that allows you to easily change the tempo or key. Suited for learning music by ear or for daily practices. Repeatedly a top seller in the Music category.

Midi Tool Box
An integrated MIDI utility that combines several MIDI tools into a single app. Great for managing your data and devices.

ガラQR
Scan a QR code and jump to the coded URL. Convenient for visiting promotional websites spotted on the go.